‘Hangmen’ at the Progress Theatre 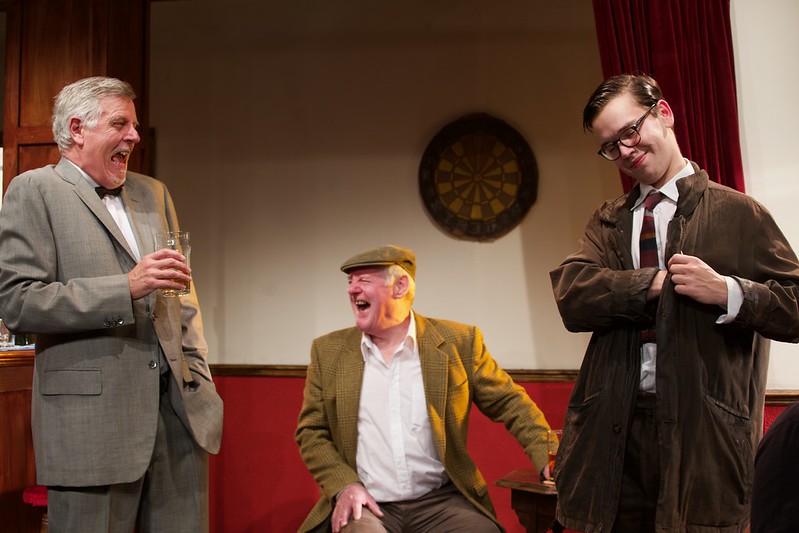 It’s 1965 and it’s the end of hanging. Or is it? The Progress Theatre are staging Martin McDonagh’s edgy and darkly comedic Hangmen this week, directed with passion and purpose by Steph Dewar.

To the sound of ominously tolling bells and death march music, we enter the dimly-lit cell of the condemned Hennessey (an impassioned performance by Ruaridh Watt), protesting his innocence as he struggles with the grim execution squad – led by executioner Harry Wade (played with blustering bravado by Tony Travis) and his stuttering sidekick Syd (the whimpering Adam Wells). There is an audible gasp from the audience as the prisoner plunges through the trapdoor… 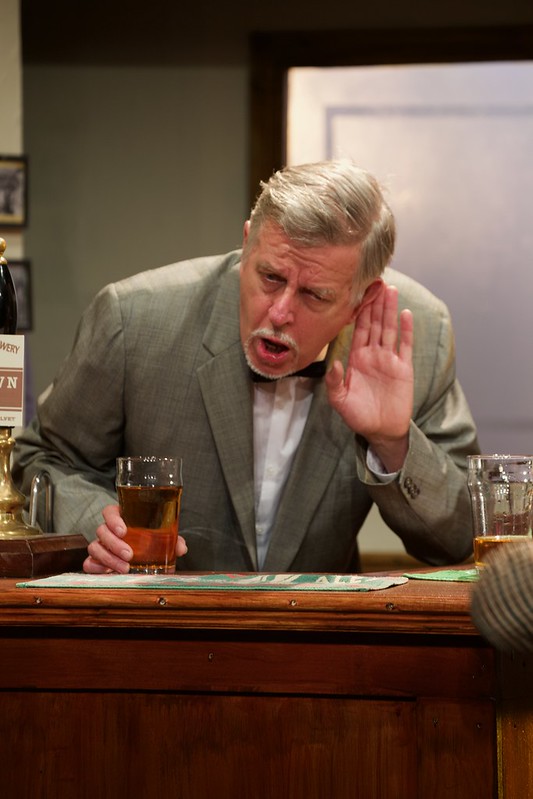 Fast forward (against a superb 60s soundscape by Stuart McCubbin) to Harry’s dingy, wood-panelled northern boozer (a fabulously authentic set design by Martin Noble) and the abolition of the death penalty. It is a blokeish environment, where men are men (hilarious flatcap camaraderie amongst the brown ale supping regulars) and women stay behind the bar – the long-suffering Alice Wade in her pink housecoat and fluffy mules (poignantly played by Emma Sterry) and her mopey daughter Shirley (a touchingly awkward portrayal by Sophie Maybury). 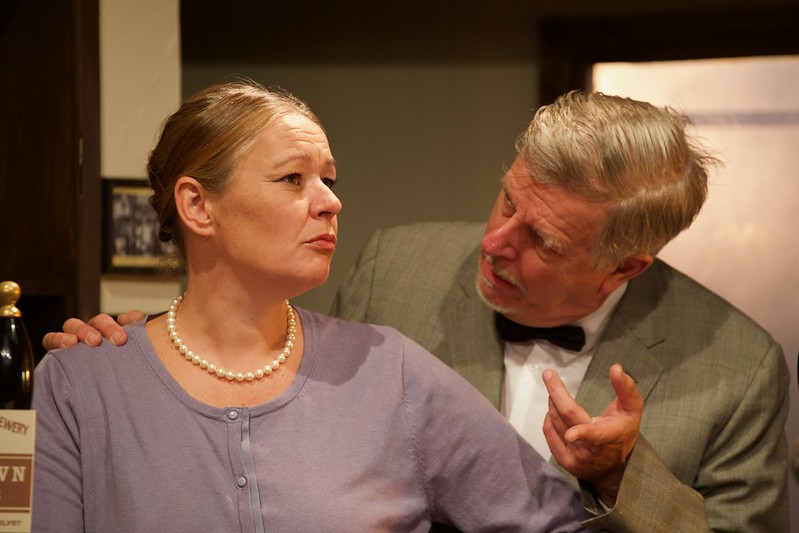 Keen-eyed journalist Clegg (persistently played by Ruaridh Watt) jostles for column space as he sets executioner Wade against the heavyweight Pierrepoint (the commanding Mark Taylor), neatly parodying the celebrity culture of the time.

Enter the smart-ass southerner, the mysterious Mooney (a superbly slick performance from Owen Goode) who preys on the vulnerable Shirley – ‘does the sand go in your swimsuit?’ he smuttily enquires.

The dynamic begins to change, the mood becomes sombre as events take an unexpected turn and the play heads towards its grisly denouement.

McDonagh claimed that theatre was ‘ the worst of all art forms’, but this compelling production would have convinced him otherwise. We were totally enthralled… 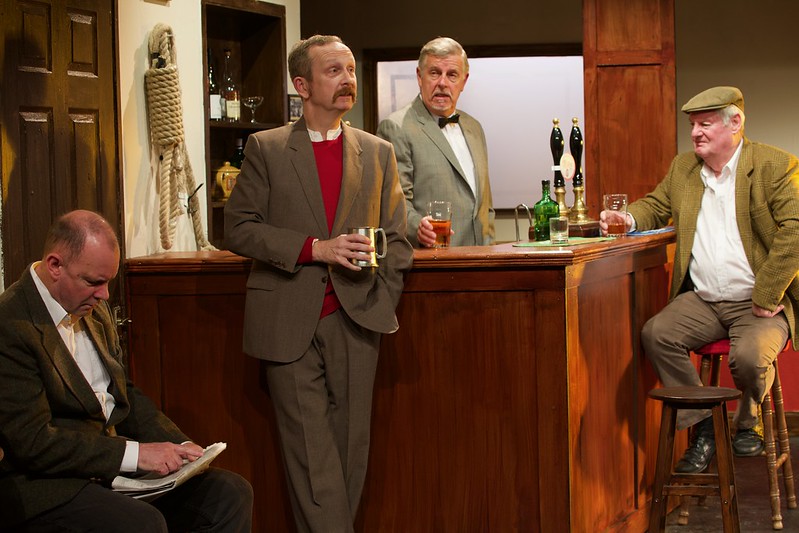 Hangmen is being performed the Progress Theatre, The Mount, Reading RG1 5HL at 7.45pm each evening until and including Saturday 16 November. Tickets can be bought online.

What’s happening in Katesgrove and Whitley from 11 November