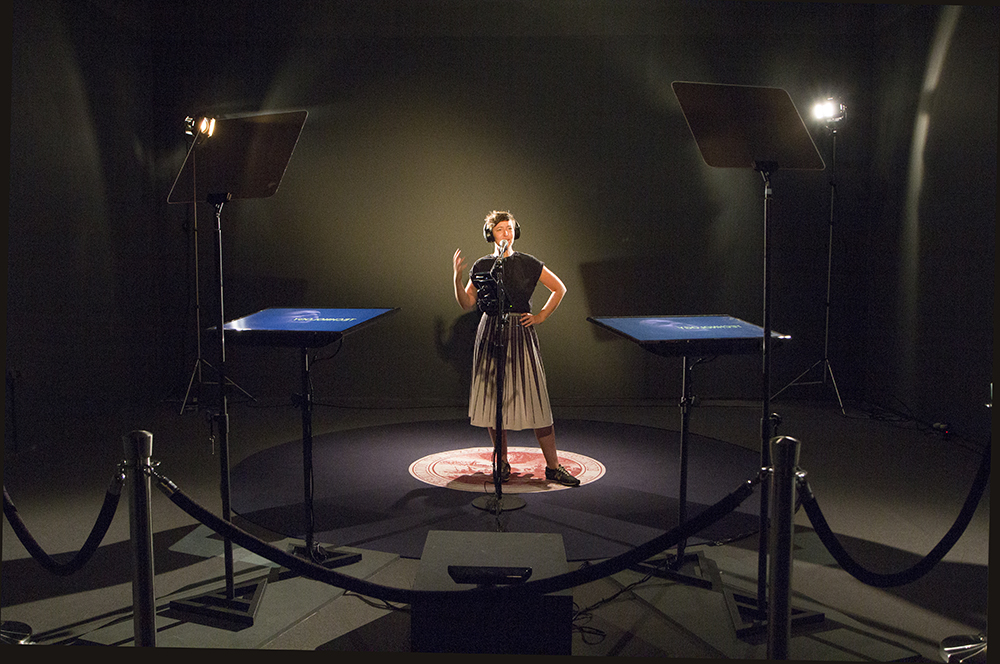 In September 1981, thirty-six women chained themselves to the perimeter fence of Greenham Common, protesting against the placement of nuclear weapons at the Berkshire RAF base. The act precipitated the Women’s Peace Camps that surrounded the compound for nearly twenty years. This month, OpenHand OpenSpace Artists’ Studio (OHOS) on the Oxford Road hosts an exhibition inspired by the creativity and dynamism of these women-led protests, inviting artists to interrogate the relationship between artistic practices and protest movements.

OHOS is aptly located in Brock Keep, a squat, brick military building that has loomed over west Reading since the 19th century. The exhibition itself, curiously titled (Un)Commoning Voices & (Non)Communal Bodies, is organised by Reading International, a contemporary arts organisation associated with the University of Reading. Curators Maayan Sheleff and Sarah Spies cite the “democratic decay” of recent years as a motivation for the exhibition. They invite us to “look again towards the commons”, the voices and bodies of the masses.

The installations are eclectic, fresh and provocative. The first can be heard from outside – a booming, insistent voice reaching beyond the threshold. Inside, a man stands on a podium chanting a cryptic religious sermon into a microphone from a pair of sleek, glass teleprompters. 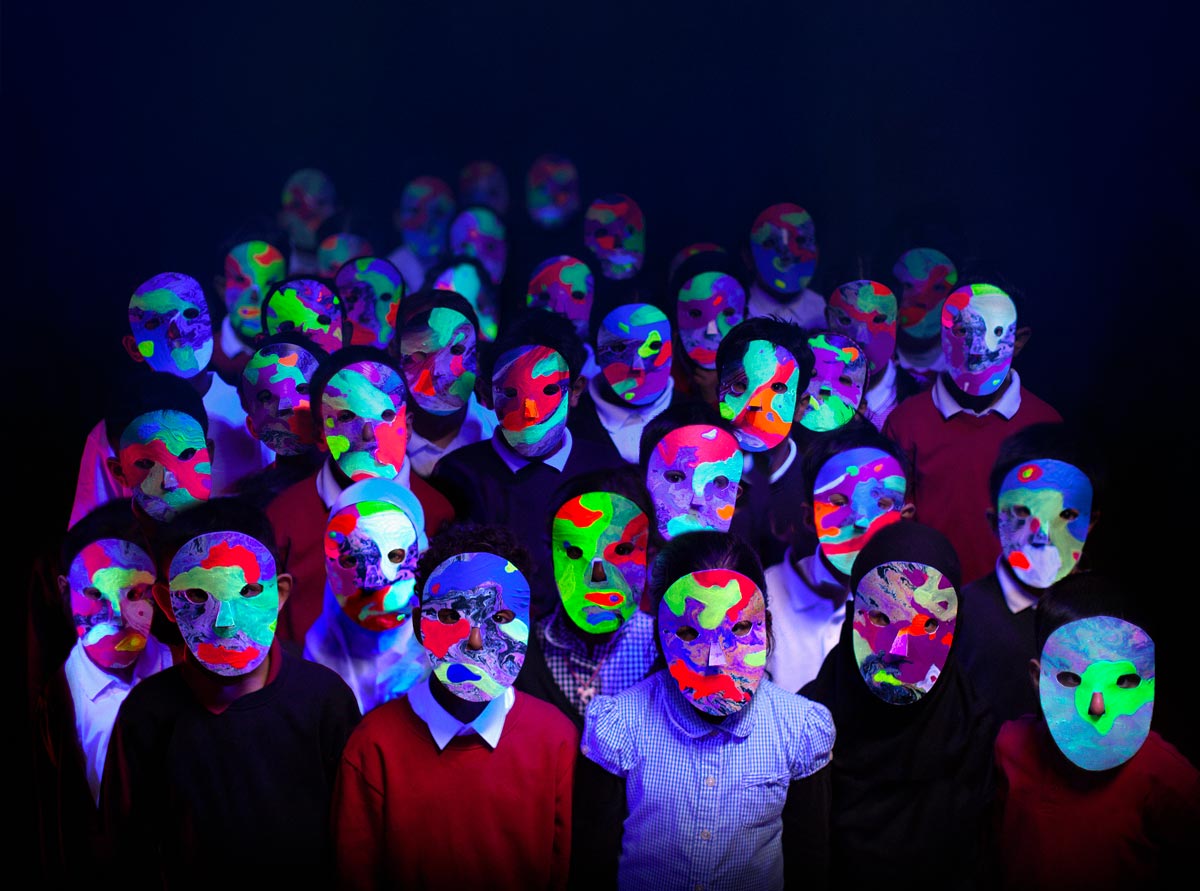 He is an enthusiastic, although not particularly good, orator, and I wonder whether the artist is making a comment about the low standard of public debate – but it turns out to be something more interesting. This hesitant, stumbling speaker is another visitor. He has, bravely, accepted the invitation implied by the installation: to take to the podium and recite the words on the teleprompter, addressing a virtual crowd who applaud and cheer from an adjacent screen. He gains confidence throughout the speech, and chants the final lines with giddy satisfaction, even adding a triumphant punch into the air. The crowd rise in ovation, seemingly in response to this rallying gesture.

The piece is called The Great Seal and is by media artist Tali Keren. She has re-created a fictitious stage at the annual Washington D.C. Summit of Christians United for Israel (CUFI). CUFI attracts millions of American evangelical conservatives who view Jewish rule over the land of Israel/Palestine as a precondition for Christ’s second coming. Keren invites the viewer to assume the role of keynote speaker, and deliver a speech compiled from those delivered at past CUFI summits. 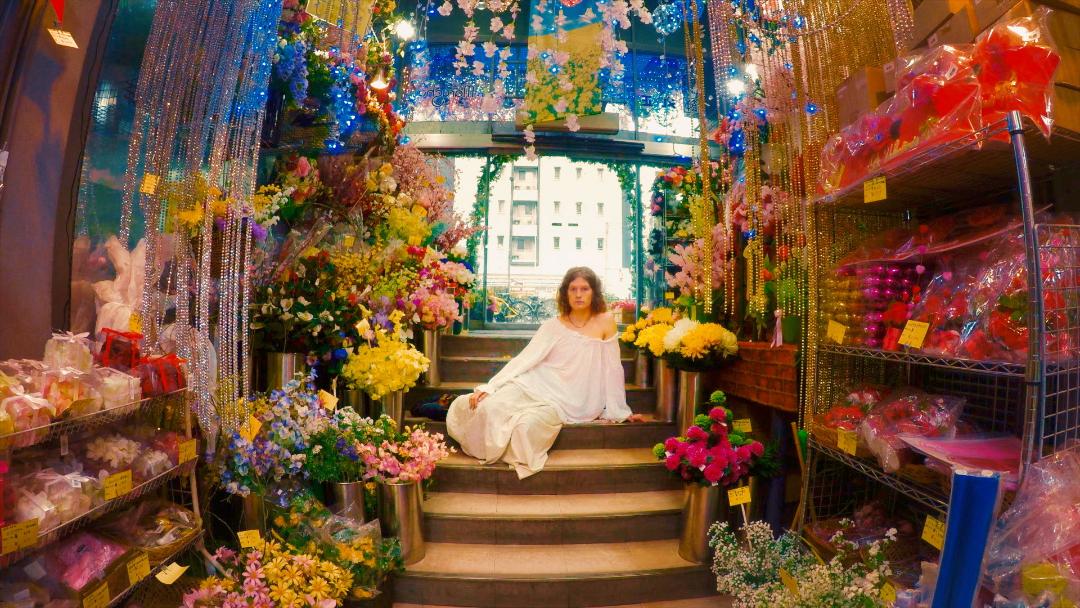 “The idea is that you aren’t forced, you choose to be complicit”, she said. “I wanted to simulate the excitement of speaking in a group”. It is a remarkably effective piece of behavioural manipulation. Even the more sceptical participants are eventually swept along in the applause and laughter that meet their performances – not only from the pre-recorded CUFI crowd, but from those in the room.

Keren’s piece brilliantly demonstrates the social contexts that lead people to accept certain narratives and explanations about the world. The thrill of speaking in public and receiving a positive reception is enough to legitimise the content of the speech. The message becomes secondary to the experience of speaking in a group, and is therefore tacitly accepted. This is a perceptive study of how propaganda and populism operate in society. Rather than dismissing or mocking movements like CUFI, Keren implicates us all in the human impulses that underwrite their success.

Many of the installations explore a similar relationship between the individual and the collective. Jack Tan’s Hearings is a series of soundscapes and graphic scores inspired by the sound of the courts, aiming to rediscover the individual amidst the “rhythm and sounds of judicial language and the movements and halts of bureaucratic forms and processes”; Zbyněk Baladrán’s film To Be Framed features a group of children playing on an old military base, and considers whether violence is part of the “dialectical cycle of life”; while Željka Blakšić explores the relationship between music, activism and public space in her work WHISPER – TALK – SING – SCREAM.

The exhibition runs until Sunday 2 June, and will feature workshops, talks and performances alongside the main exhibition.

Official launch of the 40th year of Reading in Bloom