‘Equivocators’ and ‘Peter’s Wife’ at the Progress Theatre

By Brenda Sandilands and Gillie Tunley. 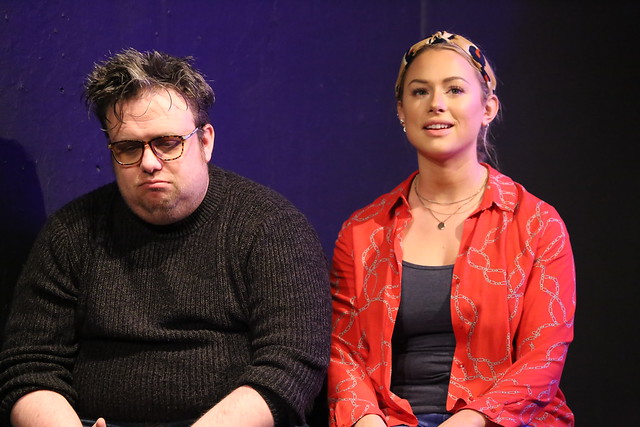 Peter’s Wife is a cleverly-structured play that enmeshes us in the tangled web of relationships and family life. We are guided by the narrator, Julie (a charmingly engaging performance by Louise Charles) as she reflects on her troubled marriage to Peter (a sullenly powerful portrayal by Trevor Dale); she then provides frequent revealing asides to the audience as the story unfolds. 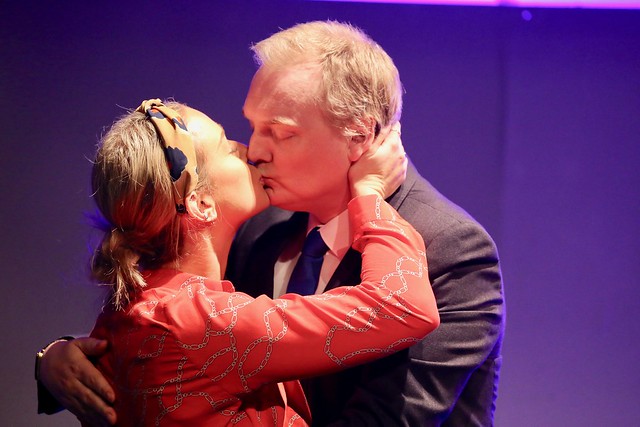 The focus moves on to the second couple, Maria and Nick. Francesca Alfano is a touchingly vulnerable Maria, whose husband simply wants her ‘to be happy’. As Nick, Andy Camichel brings warmth and gentleness to the role, supporting his wife as they consider parenthood. When Maria interprets “highly unlikely” as meaning “so there’s a chance”, the audience is audibly moved.

Next up is couple three, Anna (played with beguiling panache by Imogen Parfitt) and Sam, a dedicated doctor (an elegantly stoic performance by Fay Augustine). Anna’s personal history with the other characters causes mayhem and threatens to upset even the strongest ties. 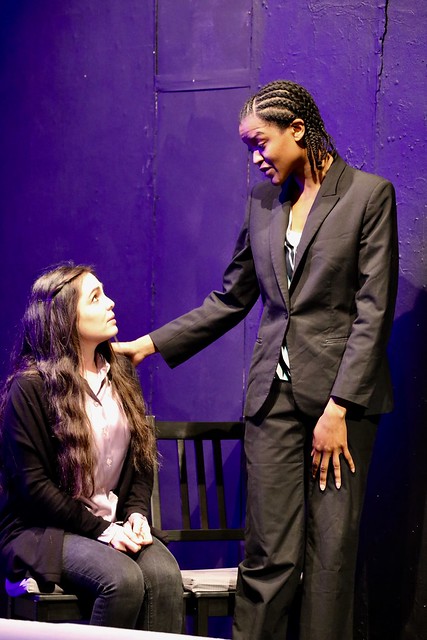 Along the way, the play touches on the issues of infertility, surrogacy and adoption, highlighting the rollercoaster of emotions involved. The play is sensitively directed by Aidan Moran and the spare set is shown to advantage by Trevor Dale’s lighting. This is a moving and memorable play that will strike a chord with everyone. 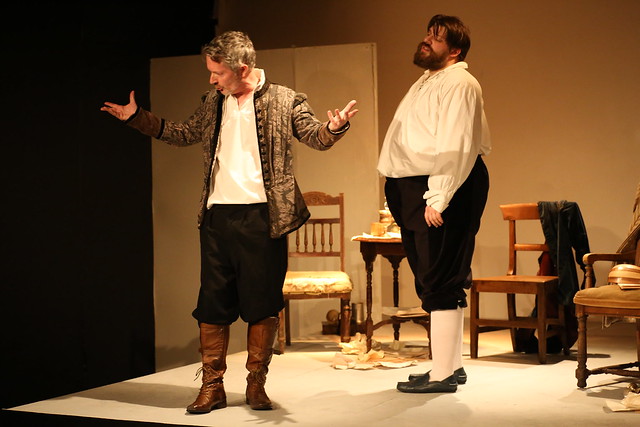 Equivocators is inspired by the author’s musings about Michaelmas in a tavern, possibly The Mermaid or even the Duck & Drake! Directed by the inspired Kate Shaw, it is a tale set in tumultuous times of succession and rebellion, amidst a climate of seething suspicion and fear.

To a refined soundscape of period music, we enter into the elegantly furnished parlour of Ben Jonson, chaotic literary genius (played with life affirming passion by the indefatigable Alex McCubbin). He is joined by that ‘unassuming actor from Stratford’ Mr William Shakespeare (a polished and powerful performance by Christopher Dangerfield) who scrabbles aimlessly amongst his screwed up scribbled notes, in disarray all over the floor. 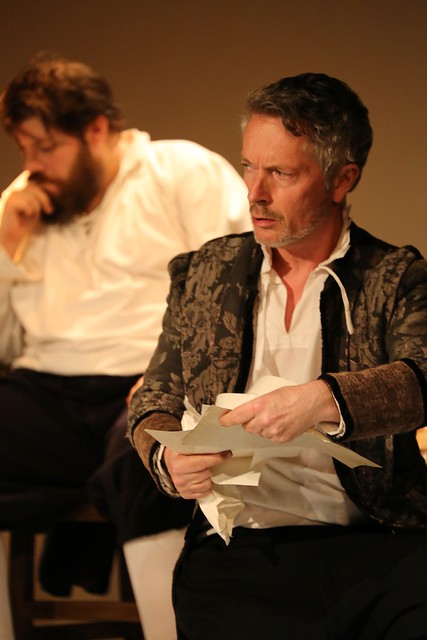 The two collaborators carouse, banter and bicker, hurling barbed literary quotes at each other, with veiled references to the Scottish Play, their vaulted ambition o’er leaping each other.

We are on the edge of our seats as the atmosphere becomes increasingly volatile, amid accusations of plotting, treachery and insurgence. In one highly charged moment, Ben, alcohol-fuelled, breaks down in anguished sobs… which soon turn to uproarious laughter.

As Will finally leaves, he declares ‘one more night drinking with you could be the finish of me!’

This is riveting and highly entertaining theatre – don’t miss it! 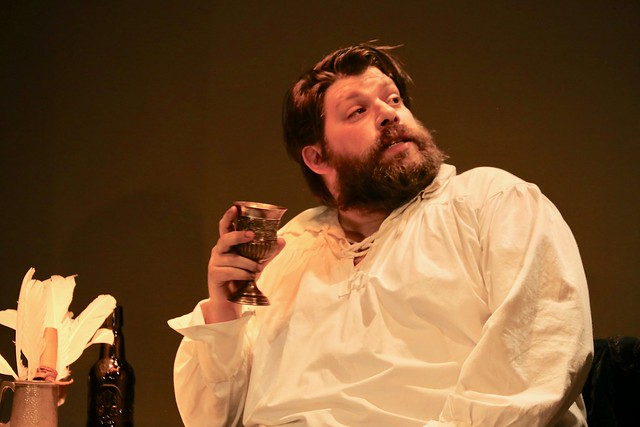 Progress Premieres runs at the Progress Theatre, The Mount, Reading RG1 5HL until Saturday 4 May. Tickets can be bought online.

Have your say Cancel reply