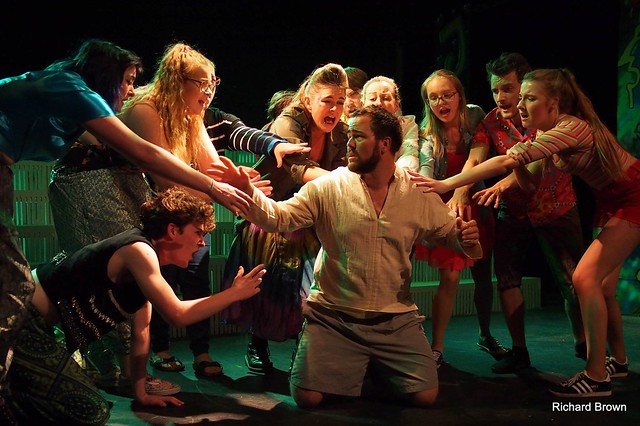 Beams of torchlight frenetically probe the darkness, searching our very souls, as menacing guitar riffs build to a crescendo… suddenly, through a swirling red haze, we enter into the light and the brightly costumed ensemble exuding energy (uplifting choreography by the multi-talented David Parsonson) amid a set emblazoned with colourful Roman graffiti (Herod sucks!) against an atmospherically lit back rake (a clever set design by Martin Noble and ingenious lighting by Michael Brenkley).

In stark contrast, Judas (played by the brilliant and brooding Jake Willett) is watchful and isolated, his conflicting emotions portrayed in an extraordinary vocal performance against driving rock riffs. 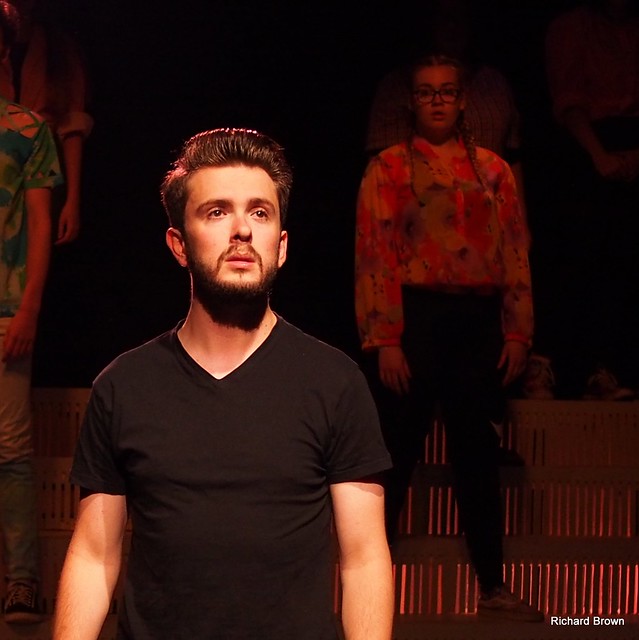 Jamie Trick plays the central role of Jesus Christ in a performance of great emotional depth. His compelling vocals mesmerise his followers… including Simon – (a high voltage performance by Megan Turnell) and he is adored by the loyal Mary Magdalene (a tender and moving portrayal by Ciara Roddy in suitably sparkly attire). She expresses her love in a quite beautifully sung I don’t know how to love him and again in a delightful duet with Peter (a touchingly vulnerable performance by Matthew Jacobs). 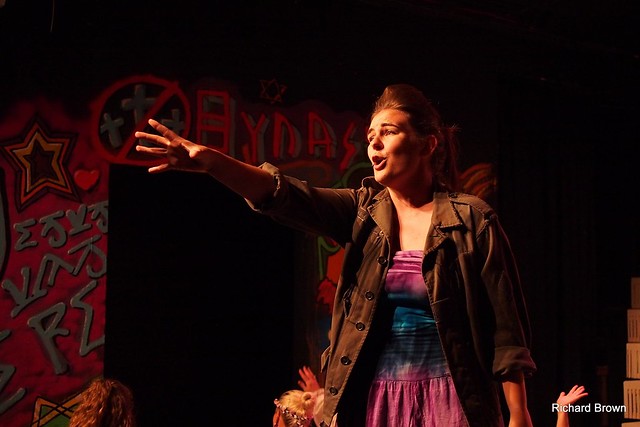 But the mood turns sombre as Caiaphas (the chilling Russell Barrett), Annas (the darkly sadistic Christian Reddington) and the authoritative Priest (the sonorous Eve MacDonald) plot his downfall with the treacherous Judas. The mob turns ugly, donning sinister hoodies…

In a highly dramatic moment, Jesus screams denouncement at the depraved revellers, suggestively clad, in the sacred Temple which has now become an opulent Den of Thieves. 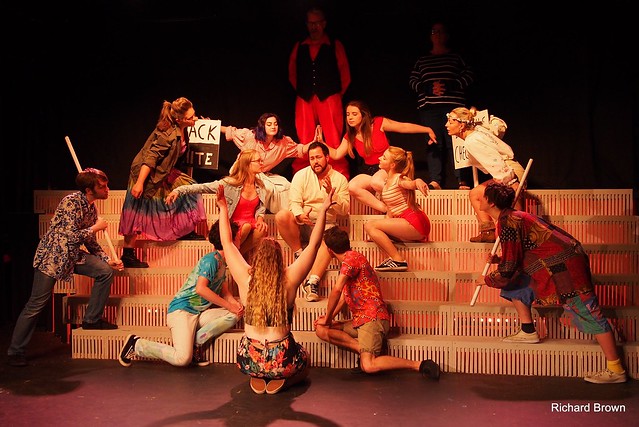 The inevitable betrayal follows after a highly charged encounter between Jesus and Judas; his remorse is heart rending as he brokenly echoes the theme I don’t know how to love him…

The story follows its dramatic and thrilling course, lightened by a delicious interlude featuring Herod (the teasingly irresistible Thomas Hegarty) and his naughty Dancing Girls.

But the mob bays for blood as the puzzled Pontius Pilate (powerfully played by Oliver Godfrey) quizzes Jesus. There is no turning back. The end is close as the hushed auditorium darkens. Beams of torchlight strafe his tortured body on the cross. Suddenly his suffering is over. Redeeming light floods the stage as the company affirm life and hope with the uplifting refrain Jesus Christ Superstar. 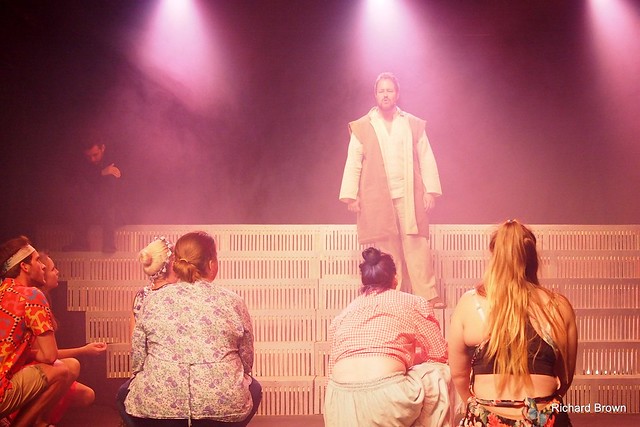 This is quite simply breathtaking theatre, the musical score propelling the timeless story and entwining our emotions – don’t miss it…