When you hear a very loud, varied, flutey birdsong from your roof or TV aerial at sunset or sunrise in these early months of the year, then you will be most likely listening to a male blackbird. The juvenile first-year males sing in January and February and the older ones follow from around March. Quite why these sentinels of the natural world have such a boring name in English is hard to understand; there are plenty of other black-plumed avians. They are lovingly called merle in French and merl in the old Scottish dialect.

The females are brown; they don’t sing because they have plenty more practical things to do than to waste time marking territory and showing off! Both genders sport a wonderful orange beak and eye-ring, and they share the same mannerisms when on the ground – the odd running, bowing and tail flicking manoeuvre common to the thrush family. Their frequent alarm calls are a loud tick sound which speeds up like someone messing around with an old tape recorder, sometimes in flight.

They have evolved a way of shutting half their brain down whilst keeping the other side alert. This is known as unihemispheric slow-wave sleep and amazed scientists when it was first discovered. It’s just another amazing thing birds can do which we can’t. Blackbirds produce three to five eggs, but usually just four, in a strong mud-caked cup-shaped nest and they pair up for life which, on average, would be two to three years in the wild. A study showed that the urban dwelling birds in our redbrick streets and gardens are in much better shape than their country cousins who are often infected with ticks and other diseases.

The thing about birdwatching (or birdlistening) is that you can do it anywhere and it’s free. The jazzy outburst of a lonely dunnock, the melancholy robin‘s song, the sight of a charm of goldfinches on a telephone wire or just watching red kites when you are at the bus stop, is as good as a medicinal prescription for the human spirit. Blackbirds’ daily, but seemingly cheerful, struggle for survival mocks our comparatively cosy world’s restless discontent.

I would recommend a tour of redbrick streets just to listen out for these joy-bringing birds, or look up to see them – they can sometimes fair shake the blues away. They certainly fill a gap while we in Aldbrickham await the homecoming of our beloved swifts in early May – merely a five thousand mile flight away from their holiday homes in sub-Saharan Africa! 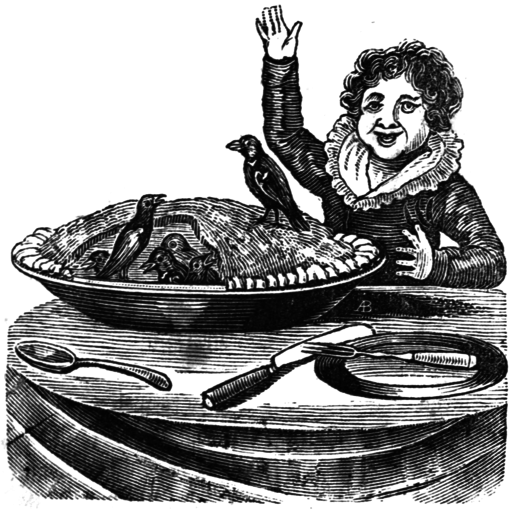 I think blackbirds were once literally baked in a pie in medieval times, or at least just made to fly out from under a crust. They may also be the original colly (meaning ‘black’) birds mentioned in the twelve days of Christmas but I suppose their most famous moment in music and literature is either the Beatles’ Blackbird, which although beautiful, wasn’t really about them; it’s the one that goes “you were only waiting for this moment to arrive”, or the Edward Thomas poem Adlestrop written on the eve of the first world war which captures a moment of serene beauty and melodious stillness before the dark days to come:

Yes. I remember Adlestrop—
The name, because one afternoon
Of heat the express-train drew up there
Unwontedly. It was late June.

The steam hissed. Someone cleared his throat.
No one left and no one came
On the bare platform. What I saw
Was Adlestrop—only the name

And willows, willow-herb, and grass,
And meadowsweet, and haycocks dry,
No whit less still and lonely fair
Than the high cloudlets in the sky.

And for that minute a blackbird sang
Close by, and round him, mistier,
Farther and farther, all the birds
Of Oxfordshire and Gloucestershire.

Pastoral poet and visionary John Clare said that “love lives with nature”. When we hear a blackbird’s vivid orange beak pierce the wall between us and nature with a song, we can believe this.